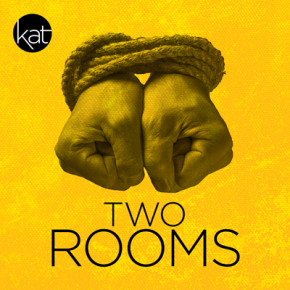 The two rooms of the title are a windowless cubicle in Beirut, where an American hostage is being held by Arab terrorists, and a room in his home in the United States, which his wife has stripped of furniture so that, at least symbolically, she can share his ordeal. Provocative and compelling, this arresting work deals with a subject much in the minds of contemporary society—the taking of innocent hostages by political terrorists. First presented by California’s innovative La Jolla Playhouse, the play illuminates both the numbing agony of the one detained and also the helpless fury of those who are left behind—loved ones impatient for something to be done, and officials who feel they must be guided by logic rather than emotion.